1973–present
David Michael Hasselhoff (Born July 17, 1952) is an actor, singer and television personality who portrayed Mitchell "Mitch" Buchannon in Baywatch, Baywatch Nights and Baywatch: Hawaiian Wedding as one of the longest serving cast members. He also appeared as Mitch, The Mentor in the film version.

The acting bug first hit when David was seven and so he took acting, singing and dancing lessons. He was very shy off stage in front of girls because he was tall and thin, but when he was on stage he was in his element. Due to his father's work, his family moved around frequently.

His acting career began in 1975 as Dr. William "Snapper" Foster Jr. in the soap opera The Young and the Restless.

His popularity continued with his role of Michael Knight in the 1980s television show Knight Rider which he played for four years from 1982-1986.

He had a dream to be a pop star and his dream came true in 1988 when he crossed paths with Jack White, the noted German composer and record producer. Now, he is one of the most recognized faces on television throughout the world, nicknamed as "The Hoff", but he continues to sing too. He has also starred in several tv commercials and currently been the voice of the Hoff 9000 and sung one of the soundtracks True Survivor in the 80s based short film Kung Fury.

He spends many hours visiting children's hospitals throughout the world. His charity, "Race For Life", works with the terminally ill and handicapped children in America. He is the father of two daughters, Taylor Ann and Hayley Amber, from his second marriage with Pamela Bach. From 2006 to 2009 he was also a co-judge on the first four seasons of America's Got Talent.

Characters portrayed by David Hasselhoff on the show[edit | edit source]

David as Dr. William "Snapper" Foster Jr. in The Young and the Restless 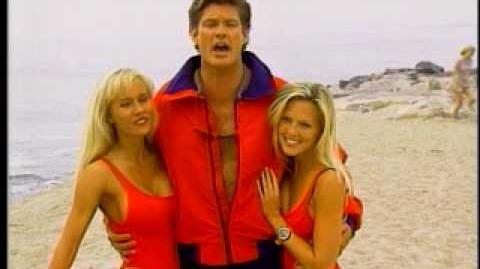 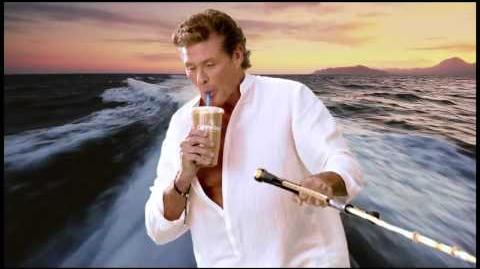 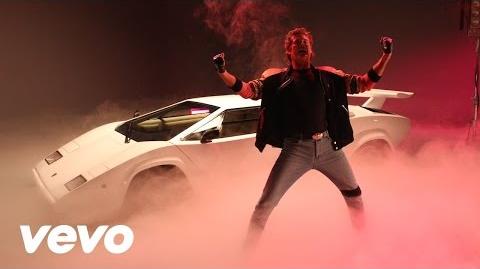 David Hasselhoff - True Survivor (from Kung Fury)
David in a music video
Add a photo to this gallery
Retrieved from "https://baywatch.fandom.com/wiki/David_Hasselhoff?oldid=13107"
Community content is available under CC-BY-SA unless otherwise noted.