Tracy Dodsworth was a fictional character from Baywatch.

She was portrayed by actress Rebekah Carlton.

Tracy first appeared in a night club where she met Mitch was watching Garner put on a very poor musical performance. They sit together, but when Mitch makes a wisecrack on Garner's performance, she rebukes him and walks out.

The next morning on the beach, Tracy was a lifeguard assigned to help test the latest new rescue hovercraft's speed compared to a wave runner. Mitch was astonished to see her again and made a wager with her. If he in his hovercraft beat her in her wave runner, she would cook him dinner, if she won, he would cook her dinner.

Tracy won the wager and Mitch invited her to his house for dinner. She agreed to give him lessons of handling the hovercraft.

Afterwards they began falling in love with each other and Tracy agreed to stay and work at Baywatch until Lieutenant Stephanie Holden came back.

After another date at the same night club, Mitch is astounded to see that Garner's last performance was just stage fright and how well he really could sing.

After dating for some time, during a picnic, Mitch proposed to her by placing a ring in a rose, but Tracy turned him down saying that she had cancer and didn't have long to live.

Mitch was devastated and Tracy apologised for keeping this from him and he vows to make the few days they have left together special.

Eventually Tracy's cancer takes effect and Mitch takes her to the hospital. Knowing that she is dying, she tells Mitch that she doesn't want to spend her last few hours there, so he takes her to her favourite place overlooking the sea where she dies in his arms as the sun sets.

Mitch still has fond memories of Tracy remembering her words of always loving him.

Tracy is the second female lifeguard to be killed off on the show, the first being Jill Riley and the third being Stephanie Holden. 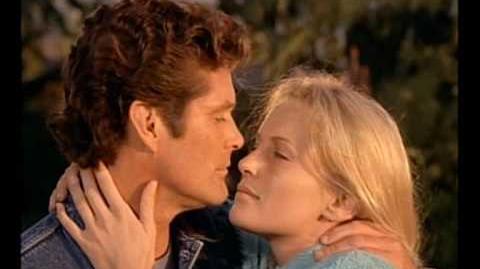 Baywatch Wiki has a collection of images and media related to Tracy Dodsworth.
Retrieved from "https://baywatch.fandom.com/wiki/Tracy_Dodsworth?oldid=12364"
Community content is available under CC-BY-SA unless otherwise noted.